The PCS2 Europe Group Stage came to a dramatic conclusion on the weekend, here’s what happens next…

Things are about to get interesting!

How did the Group Stage go down?

Fans were treated to an exciting opening weekend of action at the Group Stage, with PCS Europe Charity Showdown champions Northern Lights leading the pack after three days –  trailed by Team Liquid, FaZe Clan and Tornado Energy. It was a weekend of high drama, as rosters desperately scrambled to make their mark among the region’s best.

An unusual circle saw mayhem on Miramar, as the Sosnovka Island bridge hosted one of the most frantic battles of the tournament so far.

WHAT IS HAPPENING?! It’s mayhem on Miramar in Match 14! #PCS2Europe

New rivalries were born as BetterLuckNxTime and Tornado Energy found themselves clashing time and time again.

Madness in Match 10! Hotdrop @tornado_pubg at your own risk… #PCS2Europe

And we witnessed some world class PUBG esports from Natus Vincere new boy Vladyslav ‘Orange’ Ostroushko who took this impressive frag, armed with only a machete.

We enjoyed more of the same in the second weekend, the tensions rose as the tournament went on and the stakes naturally got higher and higher.

The big boys didn’t get it all their own way, we saw some surprises on Day 4 as Digital Athletics hurt FaZe Clan early on.

In one of the most memorable moments of the weekend, Istanbul Wildcats’ Barran Baybars ‘rup7ure’ Yilmaz showed off some seriously impressive moves to secure this one punch frag.

How rare is that?

But the highlight of the second weekend has to be Natus Vincere’s emphatic display on Day 6. The roster were in irresistible form, picking up 4 (that’s right 4!) wins in a row – firing out a serious message to the other 23 teams.

A stunning performance from @natusvincere on the final day of the #PCS2Europe Group Stage, what a statement they've made.

Who's looking forward to the Grand Finals? pic.twitter.com/YLmTFixYYT

This is how the leaderboard looked at the end of the PCS2 Europe Group Stage. FaZe Clan finished the weekend as top dogs, with Natus Vincere and Team Liquid taking second and third position.

It was towards the other end of the table where the drama unfolded, as rosters went toe-to-toe to claim those final qualifying places. ADEPTS and Istanbul Wildcats grabbed the last two spots, with Digital Athletics, Entropiq and Redline narrowly missing out.

And there you have it, our top 16 teams who have qualified for the #PCS2Europe Grand Finals!

We'll be back on Saturday 29 August, with all the action live on Twitch.

So what happens next?

Next up we’ll have the PCS2 Europe Grand Finals, kicking off on Saturday August 29 from 19:00 CEST. A full run down of the Grand Finals schedule can be found below:

As ever, fans can follow all of the action live on PUBG’s official Twitch and YouTube channels. 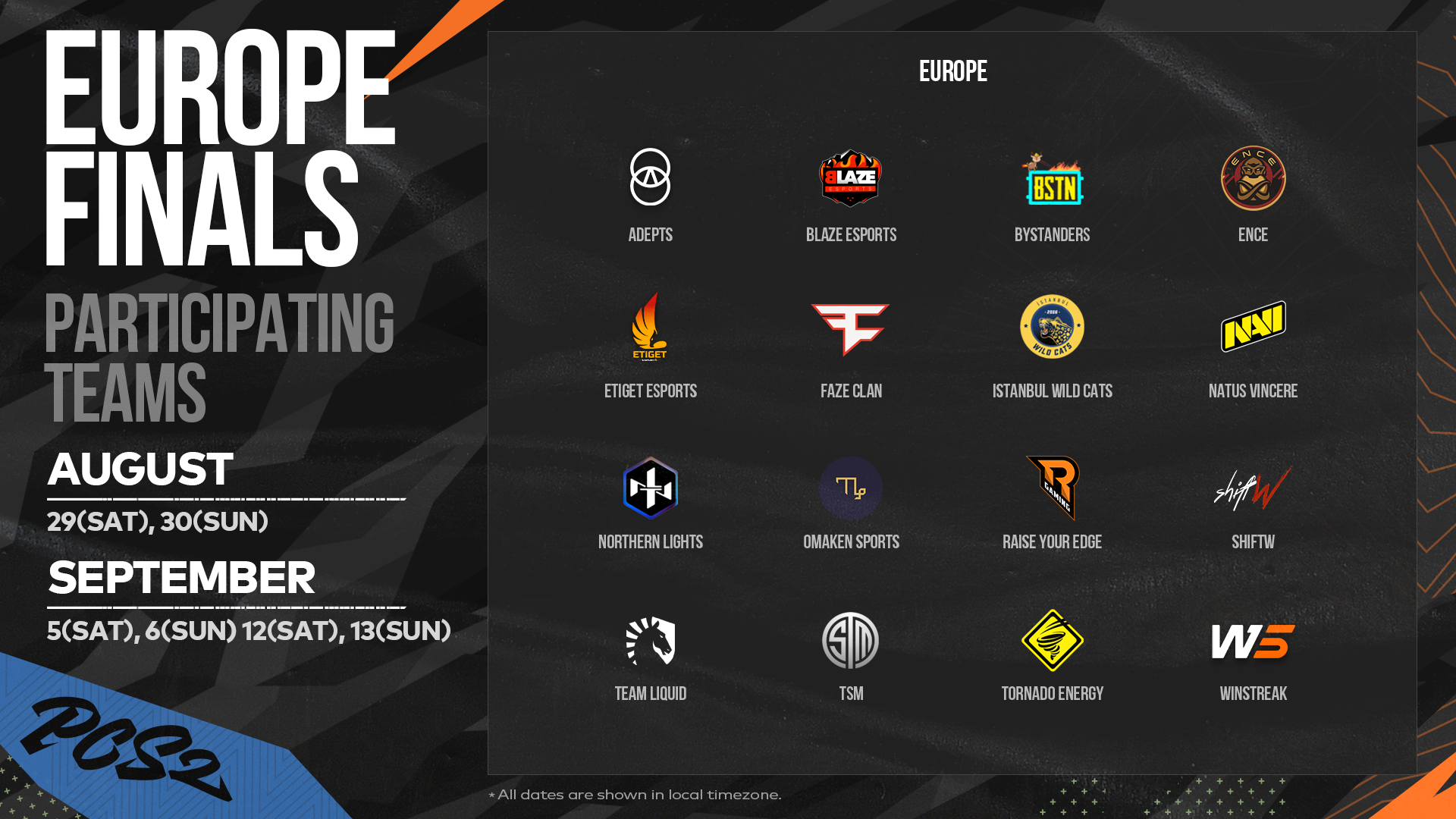