Last Saturday kicked off the PCS3 Europe Grand Finals, where 16 rosters battled it out for a larger share of the $200,000 USD prize pot.

The opening weekend was INTENSE, but after two days of action it’s Tornado Energy who hold a narrow lead at the top of the table. They’ve been on fire so far, with a standout performance in Match 2 where they took 16 kills on their way to the Chicken Dinner!

Despite their strong start, it is tight at the top with less than 30 points separating the top eight. Experienced rosters Northern Lights and TSM impressed, and the Digital Athletics fairy tale continued as they sit in third place. 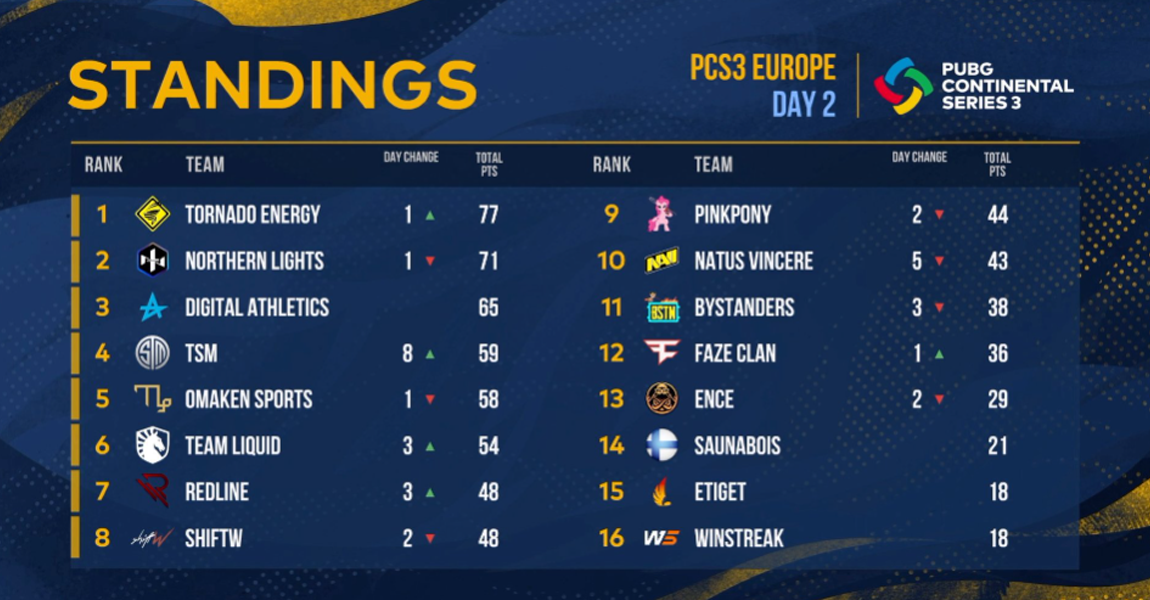 In the majority of PUBG Esports Player Stats+, Tornado Energy’s average was above 70%. It’s clear this side have some serious fragging power, and on current form there’s no reason why they can’t claim their first PCS title of the year.

Where to watch and how to get involved

Remember that fans can earn both Esports Points and Pick’Em Challenge Voting Coupons by tuning into this weekend’s action. Selected partners will also be hosting giveaways through their own regional streams. Full details can be found here.

As usual, fans can follow every match on the official PUBG esports Twitch and YouTube channels – we’ll be live from 19:00 CET on 14-15 and 21-22 November.