After battling through intense Regional Playoff events, nine teams have earned their places in the PCS4 Europe Grand Final! 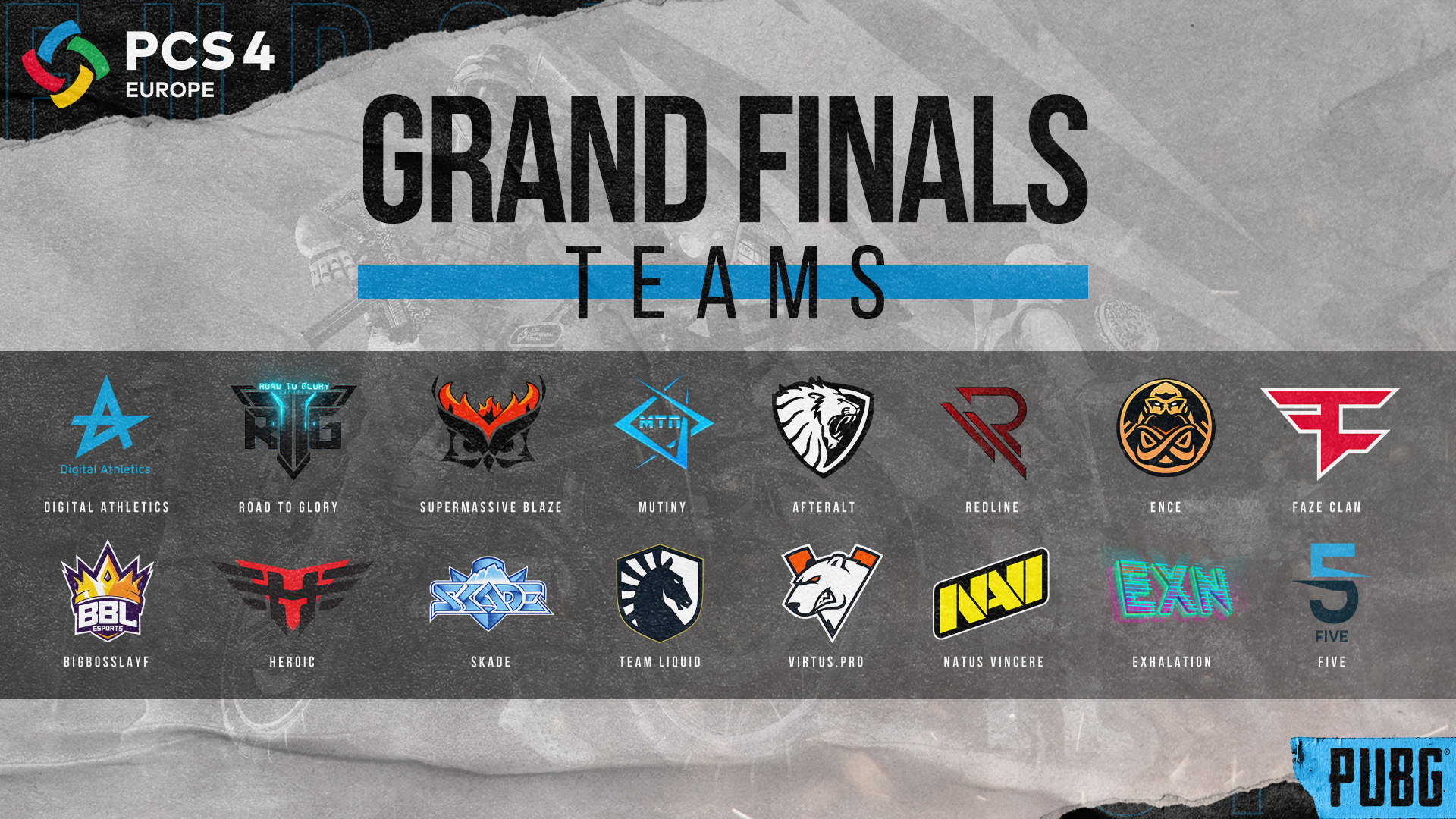 Following three intense Regional Playoff events, we finally have our PCS4 Europe Grand Finalists! Sixteen of the finest rosters in the region are ready to fight for the title and their share of more than $250,000 USD!

Showing off their prowess after an impressive run at global tournament PGI.S earlier this year, former Digital Athletics line-up BigBossLayf dominated the scoreboard with a 46 point lead. Crowd favorite CodeMarco was the overall undisputed MVP, claiming both Most Kills and Top Damage Dealer, and is undoubtedly a force to be reckoned with at the Grand Finals.

Top spot from the Europe East Regionals was claimed by EXhalatioN, a mixed Russian and Ukrainain squad who were in fine form as they battled through the Regional Playoff stages. EXhalatioN’s Salik was instrumental in the roster’s success, he was Top Damage Dealer overall and is definitely one to watch out for at the main event.

Congratulations to Norwegian roster FIVE who showed skill and fortitude in equal measure to secure first place and a spot at the Grand Finals. Each team member played their part, with a special mention reserved for deX who led the way with some fine fragging. They were closely followed by experienced rosters SKADE and Redline who stepped up their game on the final day to ensure progression to the main event.

BOOM!💣 deX activates beast mode with an insane triple! What a play! #PCS4Europe

Joining them at the Grand Finals will be Digital Athletics, ENCE, FaZe Clan, Heroic, Natus Vincere, Team Liquid and Virtus.pro who were all awarded a direct invite based on outstanding performances at previous competitions.

The PCS4 Europe Grand Finals will be adopting the new ruleset where core Battle Royale skills and match wins hold more value than ever. Will PUBG veterans dominate the Battlegrounds, or does an up-and-coming roster have what it takes to cause a few surprises? There is only one way to find out!

See you on the Battlegrounds!