PUBG Continental Series 4 (PCS4) Europe is underway! The Battlegrounds are heating up as squads from across the region have started to drop in and battle for their spots at the PCS4 Grand Finals. 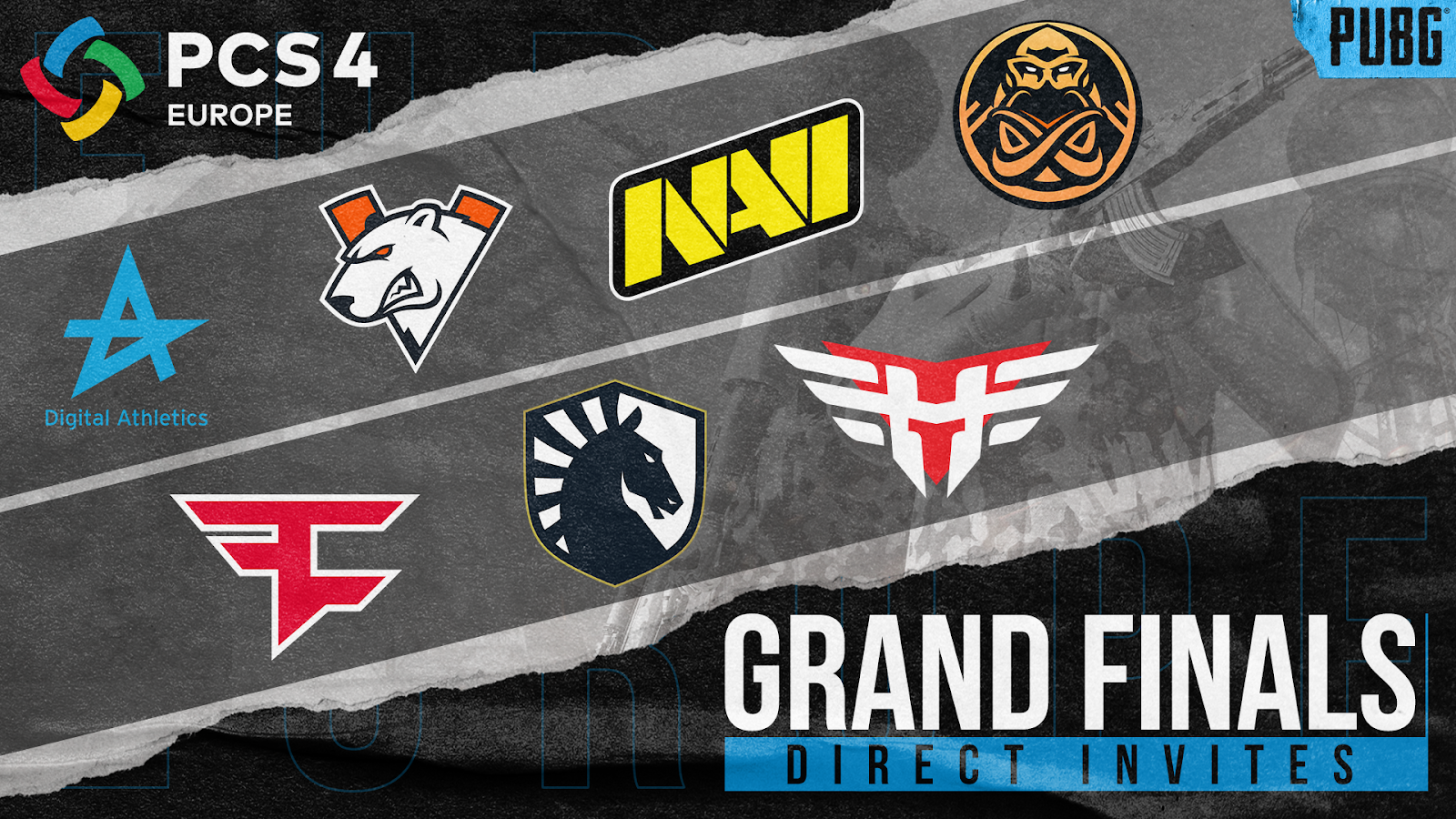 Ultimately, 16 of Europe’s top teams will go head-to-head for their share of more than $250,000 USD. Seven of these squads will be invited directly to the Europe Grand Finals based on previous outstanding performances, and nine will qualify by dominating in their respective regions.

The following squads have received a direct invitation to the PCS4 Europe Grand Finals:

The broadcast schedule for PCS4 Europe Regional Playoff Survival and Final matches is: